Boston United Pentecostal Church has hosted events run by the Christian Zionist group Christians United for Israel (CUFI). The church hosted CUFI's propaganda talk "Why Israel?", which CUFI gave across the US. The advertisement for the talk states: "Learn WHY you should stand with Israel and WHAT you can do to defend Israel." 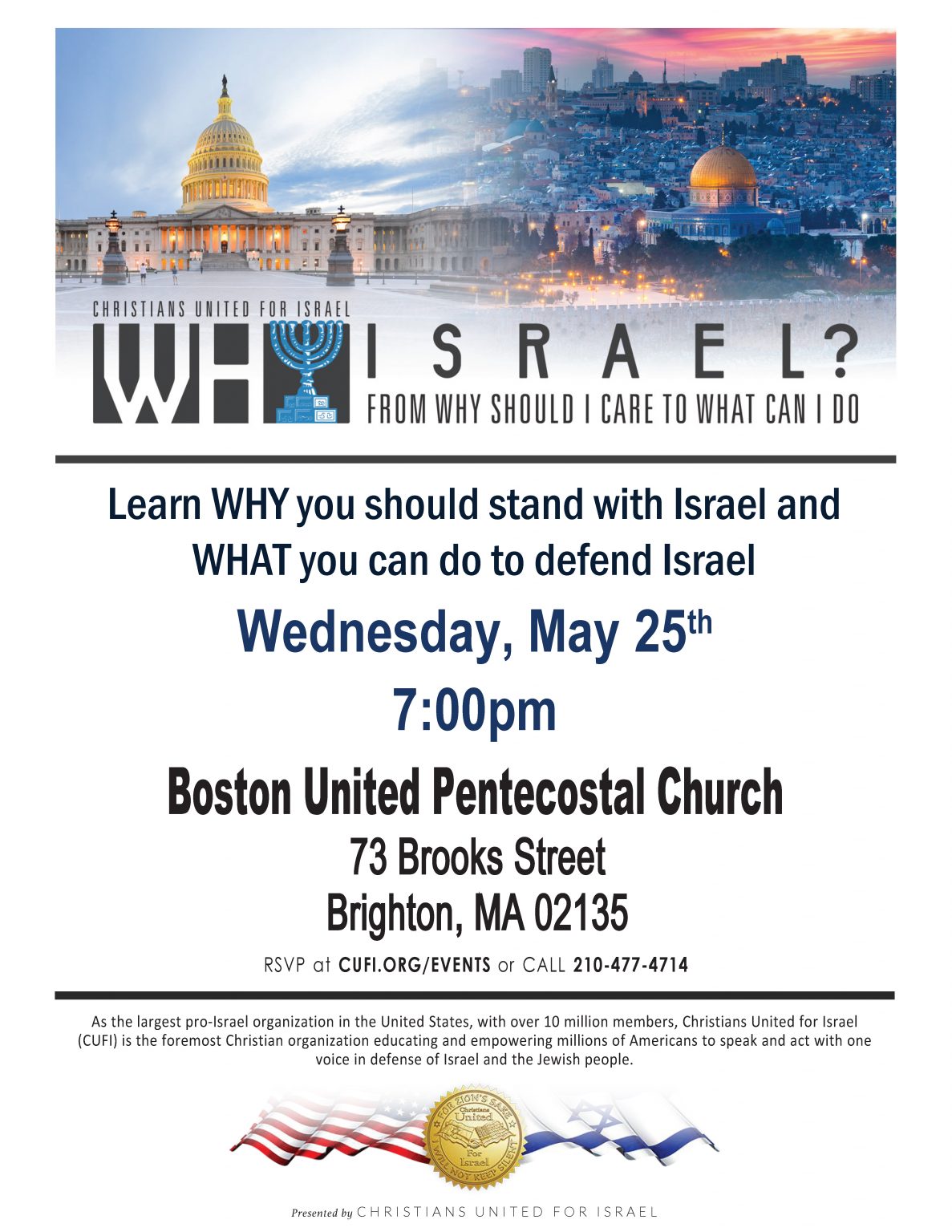 In the United States, Christian Zionists constitute some of the largest forces supporting the state of Israel, at least numerically, for reasons that are anchored in a perverse combination of anti-Arab racism, Islamophobia, and in many cases anti-Jewish racism. The character and scope of Christian support for Zionism in the United States constitutes a reminder of Zionism's foundations, which were profoundly shaped by white supremacy, anti-Jewish racism, and European colonialism.